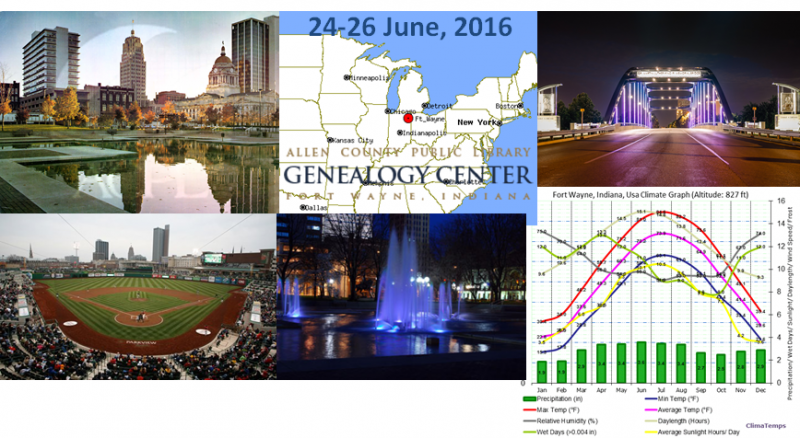 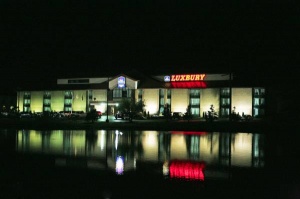 Meetings include genealogy workshops, local historic events, and relevant topics including DNA analysis and seminars.  With one of the largest samples of DNA testing from our members, orphans and adopted individuals have been able to find their Vick roots.  In addition, visits to local historic sites, libraries and courthouses have been arranged to further our genealogical research.

Mr. John Beatty will be the featured speaker on Saturday, June 25, 2016.  He will review Joseph Vick of Lower Parish, Isle of Wight County, Virginia, a meticulously researched, edited and indexed book by Mr. Beatty and Di Ann Vick that documents Joseph Vick's first five generations of descendants in this country.

Report on the 2016 Annual Reunion in Indiana

The Joseph Vick Family of America gathered for its annual meeting on Friday, 24 June 2016 in Fort Wayne, Indiana.  President  Gailen Vick welcomed 28 Vicks of various ages, and as always, we were excited to be together.  Our home base for the weekend was the Roxbury Inn Best Western, and they worked hard and willingly to accommodate our group.

After initial registration by treasurer Laura Wikey, we had workshops conducted by Gailen and James Larry Vick.  As we all settled in, preparations were made for our dinner, catered in by a local restaurant (it was yummy!) and we were entertained by local business man Bill Hartman.  Bill owns an insurance agency and is a volunteer "booster" for the city he loves.  A proud native son, his charming anecdotes kept us laughing and his civic pride is quite evident.

Following  a wrap up of business and an overview of the weekend plans, we all drifted away to rest or to visit with each other.  Saturday will come soon.

A nice addition to our weekends is always the breakfast room in our hotels, as it gives us an opportunity to get together informally and catch up.  Board members meander into our meeting room and address the immediate business of our association, and proposal of a slate of officers.  We follow with a general membership meeting, recording of minutes and an election.

This year we were able to make use of the facilities at the Allen County Public Library, known as having one of the finest and most extensive genealogy departments in the nation.  Both Larry and Gailen conducted workshops which were open to the public.  Larry always has the most up-to-date information on our DNA project and we are so fortunate to have him working on behalf of the JVFOA.  We were honored to be joined later in the afternoon by John Beatty, Genealogy Director at the library and co-author (with DiAnn Vick) of The Book.  Joseph Vick and Descendents of Southhampton and Isle of Wight Counties covers the first 8 generations of the Vicks in what became the United States of America.  We also held our annual silent auction with articles of curiosity or history connected to the Vick families.

Later in the evening, we reconvened at the Rib Room, a local restaurant, where we ate a buffet dinner together.  We were most grateful to have a talk given by John Beatty with interesting stories about the compilation of the first Vick book, and advice about future publishing.  John knows his subject well and it is always a treat to have him address us as a group (or one-on-one!)

Everyone made their way back to the hotel where we could gather in small groups and do a little more visiting because many of us only get "face time" once a year.  It is wonderful to get to know and love our many far-flung cousins.

Sunday is always bittersweet as we say goodbye and exchange hugs, but in 2016, we were able to say:  "Next year in Virginia!"

We hope to have a good crowd in Suffolk, Virginia, just adjacent to Courtland, where we are planning to stay at the Hampton Inn, 23 June to 25 June - more details will be coming as the dates approach.

"To be a Virginian either by

or even on one's Mother's side,

to any State in the Union,

a Passport  to any Foreign Country,

and a Benediction from Above."