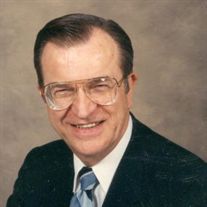 Joseph Jurlina passed away peacefully on December 17, 2014 while being comforted by

Billie, his loving wife of 69 years and both his children, Carol Ann Krumm and Michael

Jurlina. Joe was born September 19, 1924 in Cleveland, Ohio where he graduated from

East Technical High School before joining the U.S. Army. The Army led him to Texas

where he met and married Billie John Grable in 1945. After service to his country, they

and photography throughout his life and spent countless hours during retirement

music if you can't dance to it”. Joe joins his parents and two brothers who predeceased

him. He is survived by his wife Billie, their two children, Carol Ann Krumm (Bill) and

Joshua Clark, as well as his brother, Bob Jurlina, and sister, Mary Jane Elam, both of

Cleveland, OH, along with many nieces and nephews. The last four years, Joe and Billie

have resided at Highland Springs Retirement Community in Dallas, TX where they have

enjoyed making new friends and sharing social activities. It was there in the continuum of

care that Joe & Billie, along with the family, were kindly supported and cared for in his last

Funeral arrangements have been entrusted to Restland Funeral Home and Memorial

In lieu of flowers, memorials may be made to St. Luke’s Episcopal Church.

July 2009 - Mr. & Mrs. Joseph & Billie Jurlina; Your commitment to JVFOA and the long hours required for publishing and mailing the VICK Newsletters from 1993 until 2000 will never be forgotten. Billie, your support as Secretary, and Joe, your leadership as President for years, will always be remembered. This award represents the Directors and members admiration and appreciation for the effort you have contributed to Joseph Vick Family of America